Showing posts from October, 2014
Show all

Description: The Institute of International Studies (IIS) Undergraduate Merit Scholarship supports undergraduate research in any area of international studies. Research may be conducted independently, in congruence with an honors thesis, or while studying abroad. Submission Instructions: The application can be found on the IIS website: http://iis.berkeley.edu/funding-opportunities/undergraduate-merit-scholarship .  Please ask your recommender to e-mail the recommendation letter directly to iis.grants@berkeley.edu . Eligibility: Open to any UC Berkeley junior or senior with a minimum 3.5 GPA who has completed at least one semester of study in residence at Berkeley. All majors are eligible and encouraged to apply. (Note: concurrent enrollment students are not eligible to apply.) Award Amount: Merit scholarships will be up to $2000 each. Application Deadline: Wednesday, November 19, 2014. Please email iis.grants@berkeley.edu with any questions, or call 510-642-2474.
Read more

Deadlines:  Applications for internships should be received no later than the dates listed below. Winter/Spring Internships: November 15  Summer Internships: February 1 Fall internships: May 15 Requirements for applying to the Smithsonian Garden intern program: Submit an on-line application  Two letters of recommendation College transcript(s) Essay describing background, interest in field, career goals and chosen project.  Further details about the internship and how to apply can be found on our website at  http://www.gardens.si.edu/get-involved/internships.html .
Read more 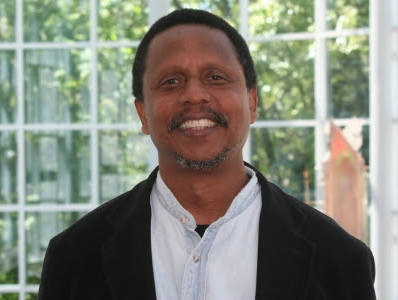 Tuesday, 11/04/14 6:00pm – 8:00pm  121 Wurster Hall Event Program Reception - 6:00 - 6:30pm Lecture - 6:30 - 8:00pm Design as an Act of Love Architecture has significant potential to advance the common good and empower people and communities worldwide. With that conviction, Grant's work with the "Fetzer Institute" and the "Center for Contemplative Mind in Society" sought to catalyze personal growth and social change through reflective practices and strategic support of design projects that demonstrated beauty, compassion, democracy, inclusivity and innovation.
Read more

Hello, my name is Jane Wiedenbeck, and I am a graduate Green Corps, the non-profit Field School for Environmental Organizing. I am getting the word out to graduating seniors at Berkeley about our paid training program in environmental organizing and advocacy. My Green Corps experience prepared me for the work I do now: planning trainings and helping with staff development for non-profits across the country as the National Administrator for the Public Interest Network. Green Corps has a history of hiring students from Berkeley, and I want to make sure that seniors hear about this opportunity – so I’m working to spread the word far and wide! Please  reach out to me directly at 303-573-5995 ex 343 or jwiedenbeck@publicinterestnetwork.org with any questions.
Read more

The ASUC Sexual Assault Commission is working on the Cal Consent Campaign - for reference, the group created a series of posters around Halloween with messages like "My dress is not a yes" . The group is looking for folks to be models for the next campaign focused on bystander intervention and supporting survivors. Please have students contact Meghan Warner directly (contact is below) "The Cal Consent Campaign is doing another photo campaign. The goal is to emphasize consent and dispel rape myths. This series will focus on bystander intervention and supporting survivors. We are seeking students who would want to be in the posters (without their faces shown). Please let students know. They can e-mail meghanowarner@berkeley.edu if they're interested.”
Read more

Join CURB member organization Architects / Designers / Planners for Social Responsibilty for the opening of: “Sentenced: Architecture and Human Rights” The exhibit is free and open to the public   Monday - Friday 10am - 5pm October 14th - November 21. Co-sponsored by AIA San Francisco and UC Berkeley College of Environmental Design An exhibit about the architecture of incarceration featuring photographs by artist Richard Ross, drawings of solitary confinement cells by people currently being held inside, and rarely seen designs for execution chambers built in the US. The exhibit highlights problematic and little-known spaces within United States prisons and detention centers that house activities deemed to violate human rights. What do these spaces have to teach us about the state of freedom in America? Opening reception: Tuesday, October 14th from 6:00-8:00pm. Location: Wurster Hall Gallery, Wurster Hall, College of Environmental Design, UC Berkeley Campus (north of Berkeley La
Read more 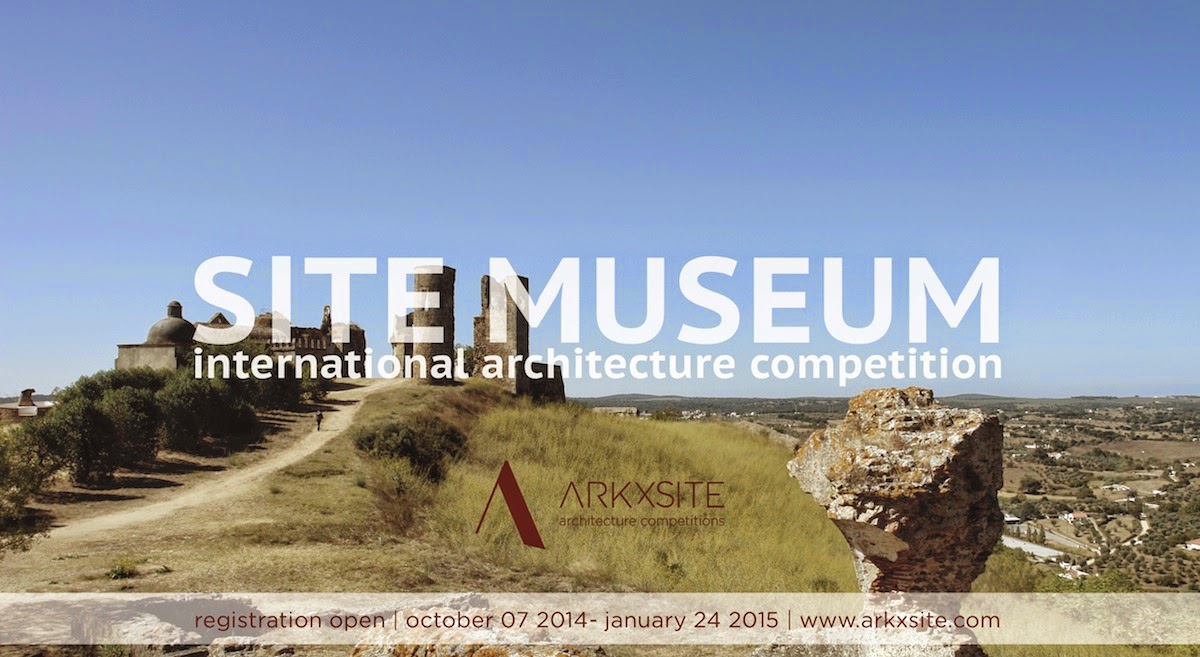 [ CURRENT INTERNATIONAL COMPETITION ] Site Museum _ Montemor-o-Novo, Portugal Registration Deadline: January 24, 2015 Submission Deadline: January 31, 2015 Participation fee: 60 / 90 Euros Open to: Young Professionals and Architecture Students Website: www.arkxsite.com This international one-stage architecture competition invites you to develop and submit compelling ideas for the design of a contemporary Site Museum located within the Castle at Montemor-o-Novo in Portugal. The Castle of Montemor-o-Novo is a significant landmark on a prominent landscape, a place of great cultural heritage and historical significance with characteristics that must be fully preserved. When generating a vision for an intervention located within such a remarkable place, it is essential that each proposal emphasizes, respects and celebrates the site and existing ruins within this spectacular landscape, providing visitors a unique experience.
Read more

Running from October 19-25, the week of events will include a Town Hall to voice the community's most pressing needs and collectively strategize on how we move forward. Conversations will include voices from every facet of the community, with focus on both local and national issues. Other event highlights include a kickoff award reception (10/21 from 6-8pm) and a LGBT Career Fair (10/22 from 12-3pm). For a full list of the week's events, visit here . Established in 2004, the SF LGBT Center's Economic Development Department was the first initiative nationally to comprehensively address the barriers faced by low- and moderate-income LGBT individuals and families. Services range from employment to financial and business development programs. Economic Justice Week will not only help inform what we do, but will also rally the community around a common cause. The SF LGBT Center is a welcoming place for our diverse LGBT community and its supporters to find innovative services and
Read more

My name is Maria Dawson, I am the Career Counselor here at CED, you may have seen me at orientation or met me at a workshop. I wanted to let you know that I am here at Wurster Hall on Tuesdays and Thursdays if you have any career, job or internship questions. I'm here as a resource to undergraduate and graduate students in all CED disciplines, so come on by. Drop-in Career Counseling 220 Wurster Tuesday/Thursday 1:00-4:00pm Pre-Scheduled Career Counseling Appointments 220 Wurster Thursday mornings 9:00am-12:00pm: tinyurl.com/cedcareercounseling All other times (at Career Center): https://career.berkeley.edu/Info/MakeAppt.stm Note: I share an office with Amy Honigman, Psychologist, with Counseling and Psychological Services; who is also here at Wurster Hall as a resource. To make an appointment with her, log-in to e-Tang on the University Health Services website: http://uhs.berkeley.edu/ . Hope to see you around, Maria Dawson
Read more

On October 21, there will be a screening of "Lost Rivers," an award-winning documentary about urban explorers discovering the ancient rivers buried beneath modern cities.  This event is only $5 with student ID -- more information can be found at http://www.browercenter.org/programs/reel-to-real#lostrivers . On October 23, the Brower Center is hosting a panel of experts to discuss the California Water Bond measure on the upcoming ballot. Moderated by Dave Sunding of the College of Natural Resources, this event will be deeply informative about water politics in California and is free.  More information can be found here: http://browercenter.org/exhibitions/maya-lin/events#waterfights1 .
Read more

Description: The Institute of International Studies (IIS) Undergraduate Merit Scholarship supports undergraduate research in any area of international studies. Research may be conducted independently, in congruence with an honors thesis, or while studying abroad. Application Details:  Applicants must submit a one-page research proposal that addresses: 1) The research question; 2) Why it is important to the field of study; 3) Qualifications to conduct the research (i.e. related past or planned coursework, languages, etc.)  4) A preliminary research plan (including the format for research, i.e. as an independent study, during EAP, etc.). In addition, applications must include an unofficial transcript and one letter of recommendation, which can come from a GSI or faculty member. Submission Instructions: The application can be found on the IIS website: http://iis.berkeley.edu/funding-opportunities/undergraduate-merit-scholarship .   Please ask your recommender to e-mail the rec
Read more

We thought you might like to know that we have now opened registration for the U.S. Department of Energy’s 2015 Race to Zero Student Design Competition.  The goal of this exciting and unique competition is to engage college students across the United States and Canada to become part of a new leadership movement to achieve truly sustainable homes. This competition will also help to provide the next generation of architects, engineers, construction managers, and entrepreneurs with skills and experience to start careers in clean energy and generate creative solutions to real-world problems. Please visit our Race to Zero Student Design Competition web site for more details about this year’s competition. Also, feel free to email racetozero@ee.doe.gov if you have any questions that we can answer.
Read more

Inspired by the depth and breadth of activity across the University of California to address challenges in the global food system, Big Ideas@Berkeley , the flagship student innovation contest, has launched a new contest category: Food System Innovations . This is in association with the Berkeley Food Institute. If you are interested in this competition (for students on campus), go to this article.  http://bigideas.berkeley.edu/2014/09/26/uc-students-to-develop-solutions-to-global-food-challenges/
Read more

The ASAI Architecture in Perspective 29 Conference starts in 4 weeks! The ASAI conference is being held in Dallas, TX on October 15-19, 2014. Here are a few reasons that we think your practice would benefit from attending the conference. Saturday, October 18, is the day we host our seminar series. The day will start with the Modular Perspective presentation, a FREE Lunch & Learn with Vray, holograph printing, non-photorealistic rendering practices, and architecture for entertainment and film. The silent auction will run all day and the evening will end with the AIP 29 awards banquet. Thursday and Friday, we have scheduled 6 urban sketch tours throughout the city to practice your drawing skills and, if you wish, donate your drawings to the silent auction. We welcome you to attend all or some of the events. Here is a short explanation of some of the events scheduled. I’ve also attached the event booklet which has conference and registration information. You can view a
Read more

A fellow CAL Alumni and Ph.D. Candidate, Michelle Castellanos, is in need of your support. As part of her degree requirement and research Michelle is looking at how Latina/o students experience college and navigate the career decision-making process. Please support Michelle and research pertinent to the Latino community by following the link below to complete a 30 minute survey regarding where you are in your career decision-making process and your experiences at CAL. As a thank you for your participation you will be entered in a drawing to win one of twenty-five Apple and Starbucks gift cards valued up to $250. Click here to begin questionnaire: https://usceducation.az1.qualtrics.com/SE/?SID=SV_1MmbktQ59JoFByd For more information regarding the study please click on this link https://www.dropbox.com/s/w1c5kvsx3jkojit/Information%20Sheet_Latina_o%20CDMP1.docx
Read more

TCE recently announced Breaking New Ground, a competition to create sustainable and low-income housing in the Eastern Coachella Valley. The goal is to produce an implementable proposal for a housing community that can be built and realized. Individuals, firms, or teams from around the world comprised of architects and professionals from allied fields are eligible. Teams are required to submit highly-developed, holistic architectural proposals consisting of a descriptive narrative, a financial model, regulatory framework, social services framework, and a conceptual architectural design. Registration opens September 29 and closes October 21, and teams will have 8 weeks to complete their submissions, which are due December 19, 2014. Winners of Round 1 will be announced in January 2015, and will proceed to Round 2. Round 2 entries will be due February 28, 2015 and winners will be announced on March 31, 2015. The winner of the competition will play an active part in the final project
Read more
More posts